Hey, fam! It’s time for another community update. We are stoked about plans for our upcoming Halloween Gaming Weekend with Fria Ligan and the Alien RPG, and hope you’ll join us (more details below)!

But first, we have an interview with a member of the Gen Con team. I’d like you to meet Derek, our intrepid Director of Events.

Whenever Derek and I get in the same room (or Zoom) together for a meeting, I know not to schedule another one directly after — we always go over time as we lose ourselves in several obscure tangents.

He and I have some similarities: we both found our gaming grooves in the grungy heydays of the 90s over Vampire and Shadowrun (although we’ve both looked at the content of the former and removed some books from our shelves in hindsight), we both earned our nerd stripes in the winding streets of New England, and we both have some strange roots in one convention: Anime Boston.

Derek was one of the founding members of Anime Boston, my beloved first convention — which was a moment of serendipity.

After a trial-by-fire experience of creating and running the convention in 2003, Derek found his desire for getting anime nerds together in one place drew him away from a degree in Physics and Philosophy and into the world of event organization and programming.

Around the same time a young, bright-eyed Kelsey waltzed into their first Anime Boston in 2005, Peter Adkison was looking to add anime to the list of topics at Gen Con, and with Anime Boston flourishing, it seemed like a natural fit.

“Peter wanted to grow the community for Gen Con in new directions. They wanted me to come out and run the anime programming at Gen Con SoCal. I worked everything out, had all these events, I had four rooms and like — nobody showed up. Nobody. There was like… ten people. So I go back to the hotel room each night and basically cry like, ‘good times, you showed up, but you blew it.’ And then they called me later and told me they were really impressed with how I handled that situation.”

Peter wanted to know how soon Derek could move to Seattle to help with events and programming at future Gen Con events. And the rest, as they say, is history.

It’s been fifteen years since then and Derek has seen Gen Con move through a lot of changes. He’s gone from the Boston kid saving up his first paycheck to buy mail-order copies of Rifts to Gen Con’s Director of Events, ensuring that each piece of the Gen Con programming puzzle fits together. He and I often share stories about the woes of event organization — we’ve both been the person behind the curtain, working frantically to keep the con together while attendees stream by, blissfully unaware of the behind-the-scenes chaos. Despite the trials and tribulations of organizing a convention of this size, he recounts to me the moments that make it worth it with a zeal that I recognize in everyone who is a part of this hobby.

“Usually at about 1 am on Friday where things are just going along now — the immediate problems are sorted out, the emergency emails have been answered, this thing is moving. I couldn’t even stop Gen Con if I wanted to, at that point. And just that feeling of ‘okay — there’s not that much I need to worry about now.’”

It’s the familiar moment where you can step back, watch the joy of people coming together, and experience something a little bit magical, and connect — or reconnect — using gaming as the tool.

Even in our new digital world, gaming is not a solitary experience. It’s the glue that brings people together; it’s both the social lubricant and the fuel that makes the air in Gen Con electric as soon as the doors to the convention center swing open. Every year there are new games and new people that change the face of the hobby, making it grow into something better, and no matter how challenging the road to Gen Con might be, standing back and watching it happen never gets old. And as Derek and I wrap up our meeting, which has in fact gone an hour over what we scheduled, we sit and reflect on how we both truly think it will keep growing into something even better.

You might have seen Derek on TableTakes or keeping our events boat afloat at Gen Con, but we’re dragging him back to the table for some good ol’ spooky fun, sponsored by Fria Ligan. Our Halloween Weekend programming starts on Twitch with TableTakes on Friday at 2 pm Pacific (5 pm Eastern), where our team of Banzai, Isabella, Emma, and Derek will take you through the week’s tabletop news.

Then, at 5 pm Pacific (8 pm Eastern), Derek will be GMing a live game of Alien: The Roleplaying Game, featuring new content now available on Roll20! Get ready for “a universe of body horror and corporate brinkmanship, where synthetic people play god while space truckers and marines serve host to newborn ghoulish creatures,” all brought to you by our pals at Fria Ligan.

BUT WAIT, THERE’S MORE! Stay tuned for a Twitch watch party at 8 pm Pacific (11 pm Eastern) with Customer Service Manager Mike Boozer and Content & Marketing Specialist Jordan Augustine! We’ll be watching the 1987 version of Invasion of the Body Snatchers. We hear Boozer’s been getting his Sutherland facts ready all month! In order to join the watch party, you’ll need to be a member of Amazon Prime — but don’t worry, you can also sign up for a free trial if you’re not a member!

To wrap up our weekend of fun, we’re hosting another Gaming Day on our Discord server. GMs from Fria Ligan will be offering sessions of ALIENS on Roll20 for you to play, but you can host your own games, see what other folks are interested in playing, and get together a group using our scheduling bot! For more info, make sure to join the Discord and check the #community-gaming-faq channel, or ping a mod for more help!

In This Moment – Global Justice Anthology

For those of you who enjoy participating in Gen Con’s Writers Symposium every year, the team behind it is currently Kickstarting a collection of writing pieces focused on “this moment” — the pivotal intersection in our lives of social justice, global crisis, and hope for the future.

ArtsyRobotz (she/her) has been gettin’ spooky in the #crafting-and-art channel of our Discord: 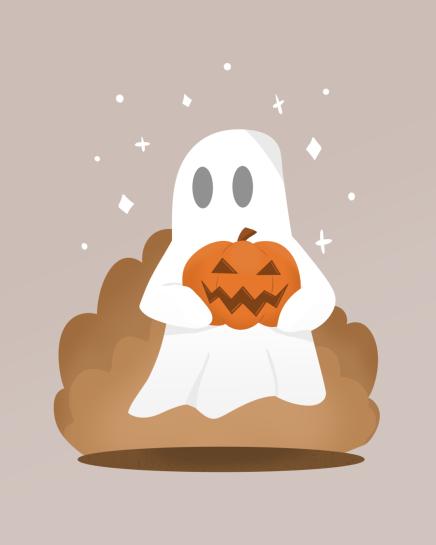 Dreem Art (he/they) has been working on some Among Us plushies they’ve been showing off on our Discord too. Don’t worry. Red isn’t the imposter. We promise. 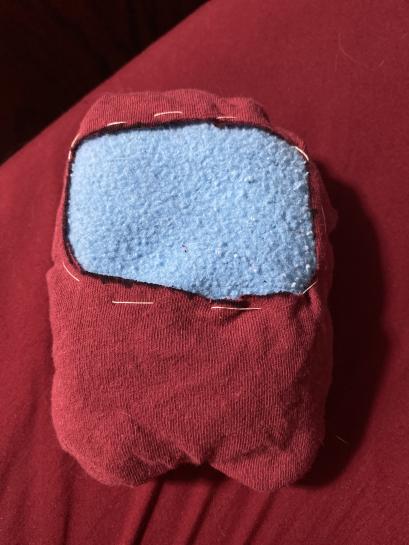 And that’s all for this month! We hope you join us for a weekend of fun with Fria Ligan on Halloween, and we’ll see you next month for another community update.